Everything Is A Translation 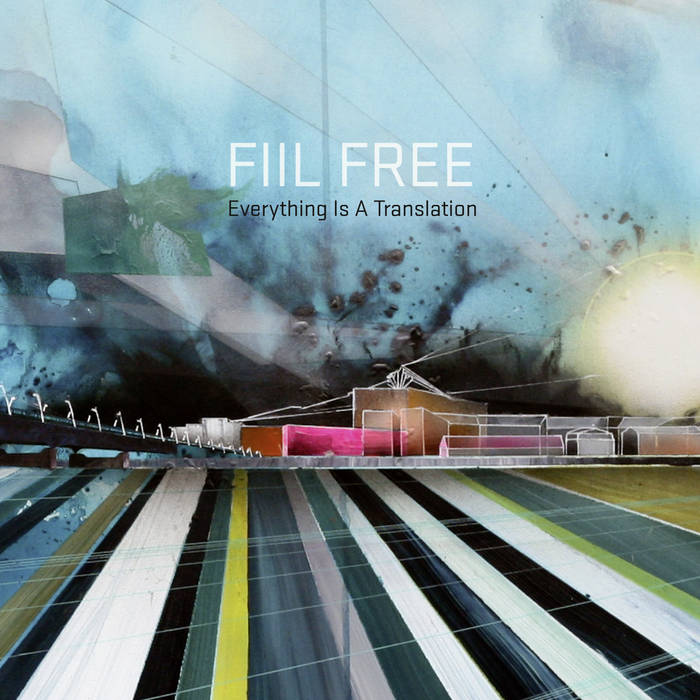 "Overall this album is another proof that the young European improvising scene is alive and kicking like never before, creating a melting pot of influences between Scandinavian, East and West European cultures, forging a strong jazz culture, which hopefully will last for a long time and keep developing in the process. Not to be missed by any free jazz fans anywhere in the world!”
Adam Baruch (PL), The Soundtrack Of My Life

While many improvising musicians are concerned with releasing solo albums and organising them selves in smaller groups, Lars Fiil chooses to move in the opposite direction. The critically acclaimed pianist goes big with the seven-piece group, Fiil Free, and proves that ´big is beautiful´.

’Everything Is A Translation’ is Lars Fiils third album under his own name. First came a release with his quartet, ´Reconsideration´ (2011), that got nominated for a Danish Music Award, then came the trio record ´Frit Fald´ (2015), that has attracted international attention from critics and bookers alike. With this new septet Fiil is going for a bigger and more expressive setup. The pianist has gathered a team comprised of some of the most notable improvisers on the european jazz scene. That has created room to experiment with Fiils intriguing compositional ideas.

’Everything is a Translation’ offers passages for vibraphone and crackling piano, soft bow strokes on guitar, bas and cymbals and streams of air that whirls in and out of bended brass and clarinet. The music moves dynamically from lyric melodies to expressive, collective improvisations and solid grooves in a heartbeat.

That big is beautiful becomes apparent on the titeltrack, where the septet unfolds itself to its full extent. You can hear the pupa hatch, and feel the organism take off. This is music where nothing is dressed up to be what it is not. The expression is without filter. And the world is presented exactly as it sounds, when it is translated by seven strong voices and their instruments.

The old saying ‘less is more´ does not come true on this new album by Fiil. ’Everything Is a Translation’ is both grandiose, dynamic and musically agile.

"Everything Is A Translation is one of those CDs that opens doors and windows in musical minds. Using seven musicians who interpret each other’s music so acutely was a stroke of genius on Lars part so, take the plunge, let Lars lead and trust the music created by this exceptional septet take you into a land of wonders."
Sammy Stein, Jazz In Europe

Recorded in The Village, Vanløse by Bjørn Gjessing
Mixed & mastered by Teis Frandsen