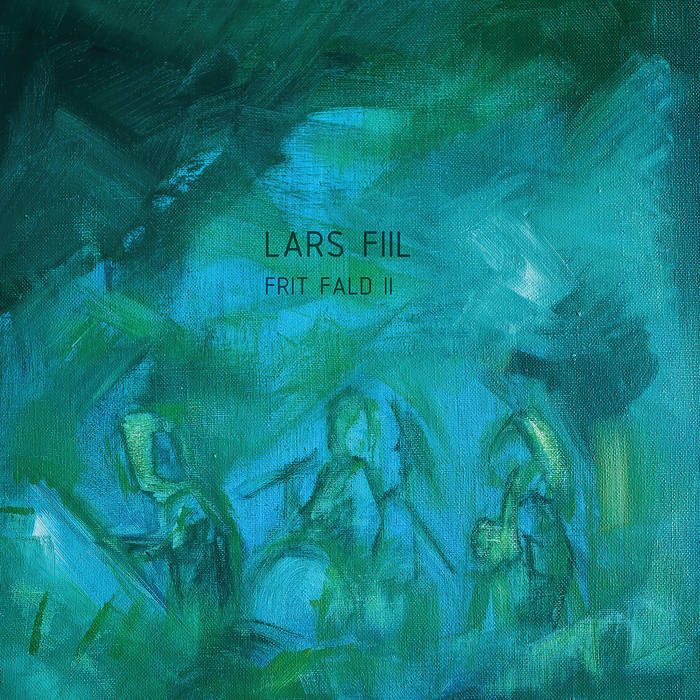 Michael Mueller This album seems to exist between moments; a refracted sonata; an otherworldly glimpse of a hidden musical dimension.

Rarely has expressive atonality sounded so graceful or so thoughtfully rendered.

Such delicacy; such poise. Piano notes echo in the gloaming; skittering brushes on drums, like fireflies.

Lars Fiil is an artist of rare gifts, and this is his most sublime work to date. Free jazz, as delicate as spiderweb. Favorite track: Skygger (live).

"Abstract chambermusic. Sound poems. Crystalline melodies. Lyrical and intimate."
These are some of the words used to describe Lars Fiils first release with the trio Frit Fald (Free Fall), that came out in 2015. The band is now ready with the sequel Frit Fald II. It is a mix of studio- and live recordings, and is best described as the debut albums rebellious little brother.

Lars Fiil has despite his young age gained a lot of praise for his music. His latest release with the septet Fiil Free was named one of the best releases of the year (jazznyt.com), and earlier on the Danish pianist and composer has been nominated for a Danish Music Award as New Name of the Year. As a sideman in the highly popular indie-jazz outfit ́I Think You’re Awesome ́, Fiil has received further praise for his dynamic and engaging style.

It is however a much more thoughtful and profound version of of the pianist that is expressed in Frit Fald, which includes Lis Raabjerg Kruse on saxophone and nay flutes, and Bjørn Heebøll on drums. Together they create an intense, analogue universe, where bamboo tubes and bow strokes adds a particular searching and subtle character to the music. Moreover this is reflected in the titles: Hvem Er Du (Who Are You), Statisk Uro (Static Unrest), Apati og Dog (Maybe Apathy). And Fredes Første Sang (Freds First Song) which is a tribute to the pianists son.

That being said, Frit Fald II is a typical number two. It is more unpredictable; more daring; and more insisting than the debut album. The three musicians has lowered their shoulders. And they move faster, higher and more carefree around between each other. This is especially evident in the live recordings, where the direct and un-edited encounter with the audience causes the improvisations to take unpredictable twist and turns.
Thus Frit Fald II is still abstract, intimate and lyrical - but there is another untamed, rebellious and unrestrained energy that characterizes a typical sequel.

About Lars Fiil - Frit Fald
“Lars Fiil is a unique composer and improviser. The interplay is lyrical and intimate... stressing every breath, move or pulse of the fragmented melodies, enjoying the contemplative, highly poetic exploration of abstract, improvised passages.
- Eyal Hareuveni, Freejazzblog (Israel)

"They create an abstract kind of chamber music where every nuance of the instrument is explored in carefully crafted sound poems... This is music that whispers in the wilderness without getting lost.”
- Jakob Bækgaard, Allaboutjazz (US)

“The music contains the ability to turn complexity into simple and pure beauty, the continued exploration in crystalline melodies far from cliché.”
- Vincenzo Roggero, allaboutjazz (IT)