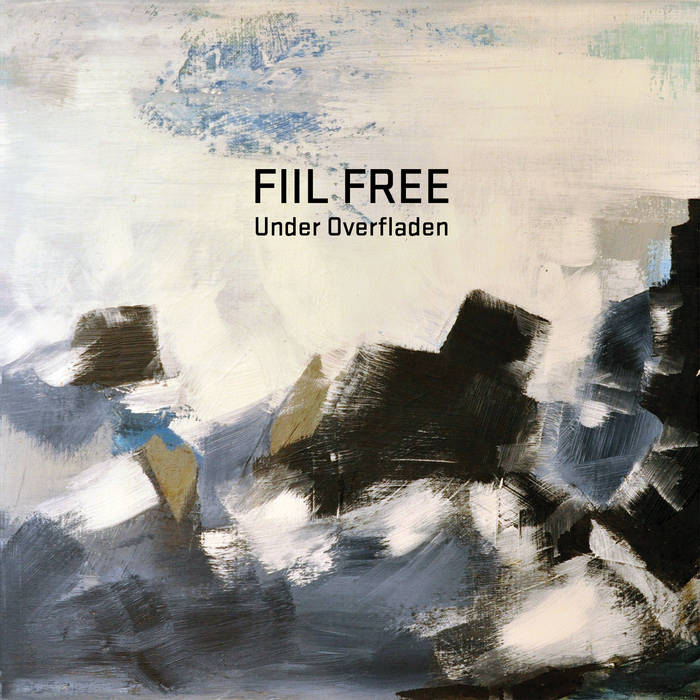 Not to be missed by any free jazz fans anywhere in the world!”

These words conclude polish writer Adam Baruchs (The Soundtrack Of My Life) raving review of the first album from Fiil Free ‘Everything Is A Translation’ (2016). The album received praise from all over the world and was picked by Danish jazz-blogger extraordinaire Niels Overgaard (jazznyt.blogspot.dk) as one of the 10 best danish jazz records of the year.

The Copenhagen-based septet is now ready to present the sequel Under Overfladen (Beneath The Surface). A record that expands on the collective and explorative sound that was launched on their first release. Building on the boundary-seeking behavior that occurs when you put together some of the most uncompromising improv musicians from the european jazzscene, the six quirky compositions from bandleader Lars Fiil is treated with loving care. There is whispering minimalistic ballads, big chaotic charges of energy and subtle grooves, and the open structures lets the unique and personal expression of each of the seven musicians shine through.

‘Under Overfladen’ marks pianist and composer Lars Fiils fifth release under his own name. His first release Reconsideration (2011) was nominated for a Danish Music Award, and since then he has put out internationally acclaimed releases with his trio Frit Fald and with Fiil Free. Fiil has also made a name for himself as a sideman in many prolific projects, among others in the highly popular indie-jazz outfit ´I Think You’re Awesome´.

This release adds a new expressive chapter to the artistic portfolio of both the group and the bandleader, and it shows that nothing is as you believe it to be beneath the surface.


Record by Jonas Graverholt
Mixed and mastered by John Fomsgaard